The aim of the NECLIME working group on palynology is to reflect on the applicability of palynological data as a basis of paleoclimatic and paleoenvironmental analysis. A main focus lies on the identification of nearest living relatives (NLRs) to fossil morpho-species using in-depth comparison of light microscopy, transmission electron microscopy and scanning electron microscopy as well as on updating taxa lists considering changes in plant systematics. In addition, the working group on palynology discusses issues on taphonomy, pollen preservation and ambiguous taxa and their impact on a palynological assemblage to overcome biases in the environmental and climatic interpretation. Another focus of the working group is non-pollen palynomorphs and their paleoenvironmental implications.

As one of the major results of this working group, the list of NLRs has been updated including new additions described in the Atlas of Pollen and Spores of the Polish Neogene Vol. 1-3 by Stuchlik et al. (Eds.) and their interpretation in terms of NLRs.

Workshops of the NECLIME working group on palynology are organized on a regular basis and announced here.

Past workshops and reports

Photos of past workshops here

New Zealand fossil spores and pollen catalog
This web-based catalogue presents an entry for each of the approximately 830 species of fossil spore or pollen from the New Zealand region that is recorded in the scientific literature. 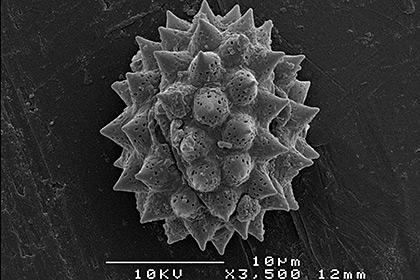